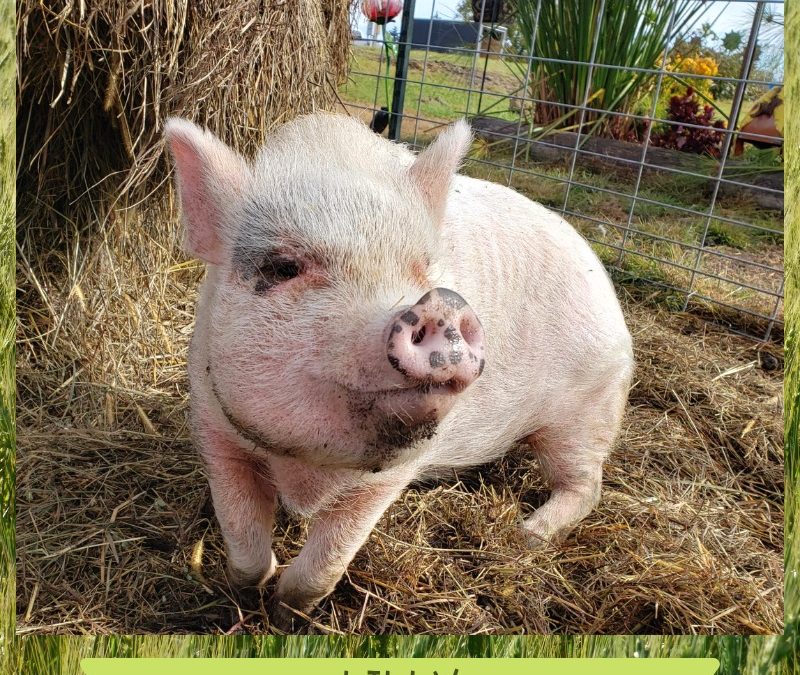 Lilly’s previous owner reached out to us with a story that just didn’t quite make sense. She told us that Lilly was mostly lame in one of her legs and would not get up anymore. She did her bathroom business and ate and drank mostly while lying on her side. After discussing the best course of action for a very brief moment, we asked Stacey is she was available to go meet Lilly’s owner halfway between them which was about an hour and a half. Stacey agreed immediately and was horrified when she arrived, and met the poor pig who was lying in a few inches of water in a stock tank, in the bed of a truck. Stacey wrapped up handoff as quickly as possible and called Dr. Link immediately. It was after hours and on a weekend, but Dr. Link agreed to meet Stacey at the clinic where she determined Lilly’s condition was due to confinement. She has severe soft tissue damage, and we suspect she had been living in that pathetic stock tank. She is doing very well these days and is getting around without pain, although her walking looks a bit wonky! She spends all her time with a goat named Nancy, who doesn’t get around well either. Lilly deserves the world and we plan to give it to her.