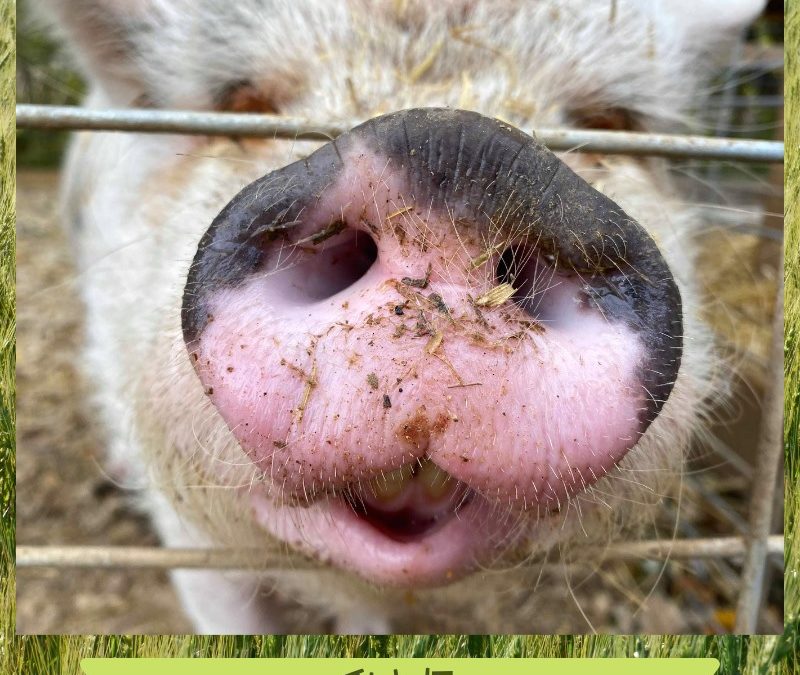 June was captured by a concerned citizen in Clinton MO after wandering for weeks. There had been several threats by other city residents to “take care of the problem” and her savior simply could not allow that to happen. He tracked her for a long while and slowly earned her trust – allowing for the opportunity to capture her. He drove her to KCPRN and she began what was lovingly refer to as “fat camp”. Pigs who wander freely often gain excessive weight, due to finding all sorts of things to eat on their travels. While we are very happy June did not go hungry while homeless, the journey to health has been a long one. She was spayed recently, after losing a good deal of her extra weight and is finally ready to begin looking for a forever home of her own!