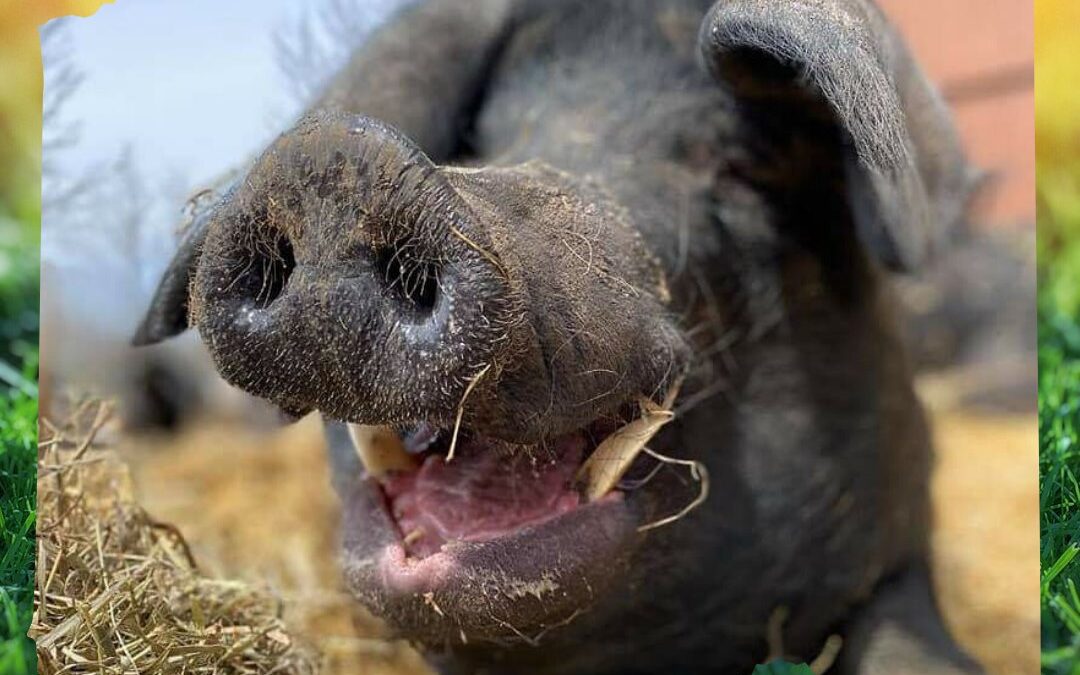 Harley is our biggest baby, and he is just that – A BABY! At 900+ pounds, this sweet “little” dear is only 3.5 years old. He was bred for consumption and his tail was cut off at a few days old, as most “meat” pigs’ tails are. His rescuer April found him locked in a box not much bigger than he was at only 4 weeks old. The box he was being kept in did not have a door, and instead had a hinge top resulting in Harley being forced to eat, sleep and do his bathroom business in his small dark box. April knew he deserved a better life than being sent slaughtered at 6 months old, so she bought him and took him home. He joined us in November of 2017, with 6 of his best friends, when April was diagnosed with cancer and made the selfless decision to find them somewhere safe to call home until they each found forever homes of their own. All his buddies have gone on to join their own families and Harley remains at Willeyville Farm where he will live permanently, and is one of our favorite residents. 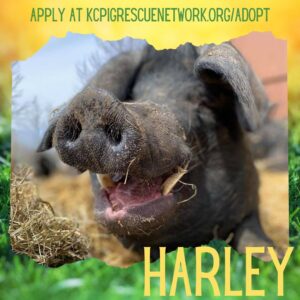