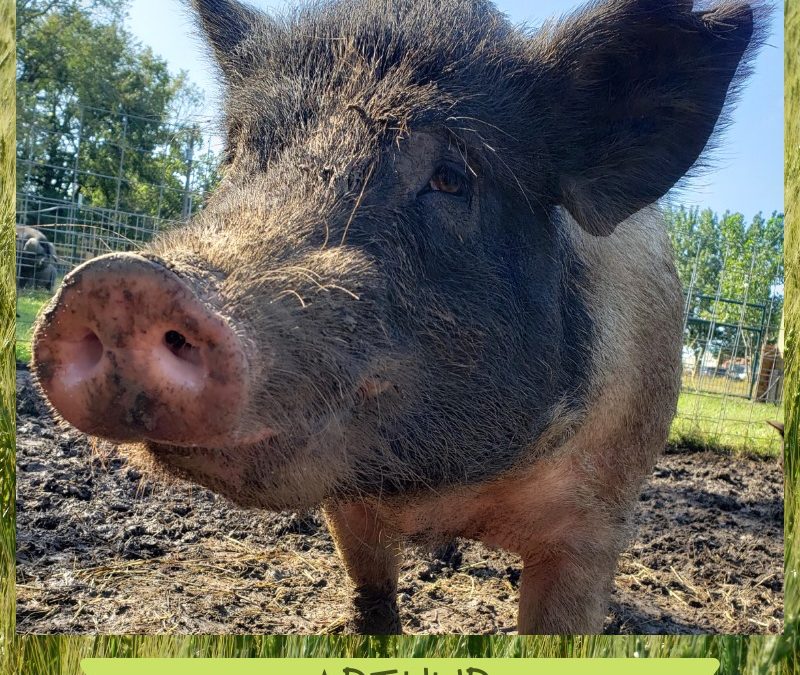 Arthur is our oldest male from the Indy Pig Rescue criminal abuse case. He stepped into his role of leader of the herd after his friend Chuck was adopted. He is wise, considered, observant and not yet completely sure if he trusts us. His heart has softened since his arrival but with the years he spent suffering such extreme abuse and neglect, he earned as much time as he needs to come he rest of the way around. He keeps his herd in line and does not tolerate much nonsense. We look forward to continuing to get to know him, in his time.